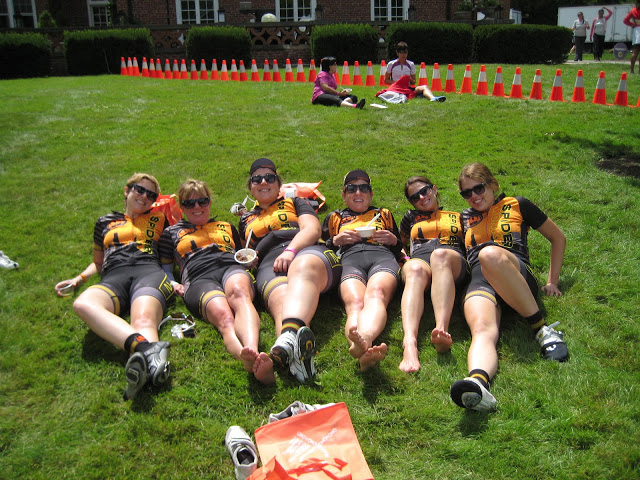 On Sunday, July 28 a brave group of Spidermonkey girls awoke at the crack of dawn, bundled up (because yes, it was barely 50 degrees!) to face the Venus de Miles charity ride!

The Charity
This is the second year for the VdM ride in Illinois. It originated in Colorado. The ride supports an organization called Greenhouse Scholars. Greenhouse Scholars provides comprehensive personal and financial support to high-performing, under-resourced college students. It’s a pretty cool thing. Some of the scholars were there and were sure to stop by to thank us and answer any questions we had about the program. 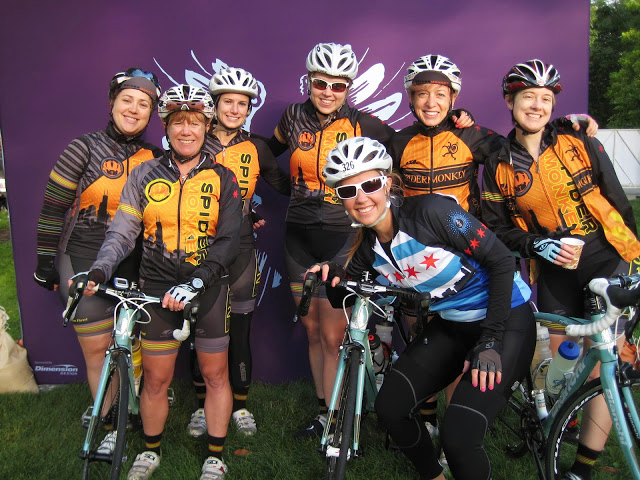 The Ride
It is a ladies only ride (unless you’re a dude willing to dress in drag and be bike support along the route – oh crap, that’s most of you dudes!) There were about 300 participants of all abilities. The ride started and ended in Fort Sheridan. There was a 25 or 64 mile route. I’m pretty sure you know which route we took. The route was super scenic – some of it going along the bike path, down wooded roads, over a crushed limestone path that followed a river, and via lots of non-potholey, somewhat hilly, paved roads. Some of it was even along our familiar Old School route! There were four rest stops along the way which we took full advantage of as they were stocked with yummy cookies and treats from Whole Foods.

Post Ride Treats!
Upon winning, dominating, crushing, finishing the ride, we parked our trusty bikes and proceeded to the post-ride festivities. And who do we see? Our loving and trusted Goose Island representative, Jason! 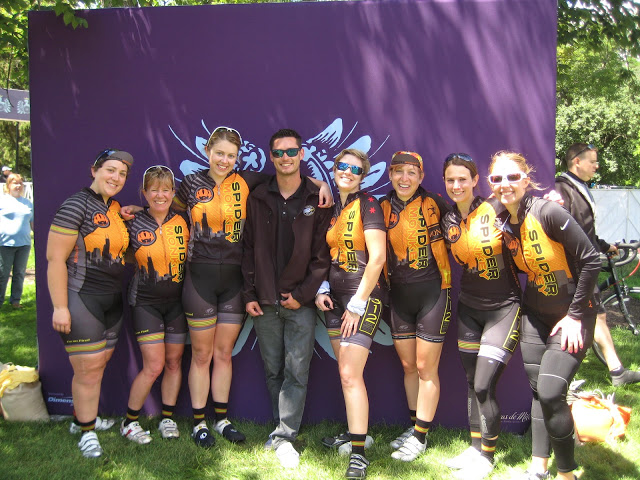 He ensured that our cups would be kept full of Sophie! (YUM!) and made sure we got a pair of styling Goose sunglasses. (I’ll be Kim is cursing herself for missing it now!) Lunch was a giant and delicious sandwich, cole slaw, and parmesan dusted chips. 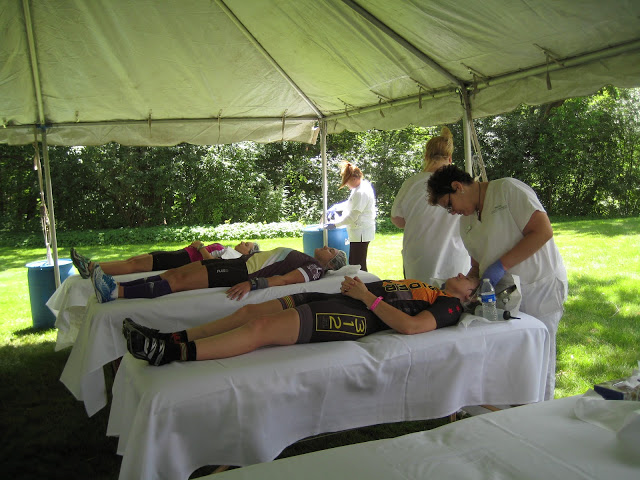 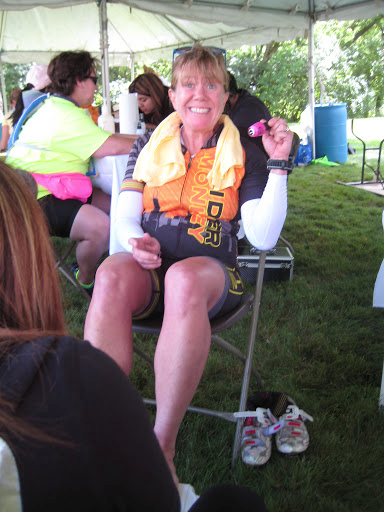 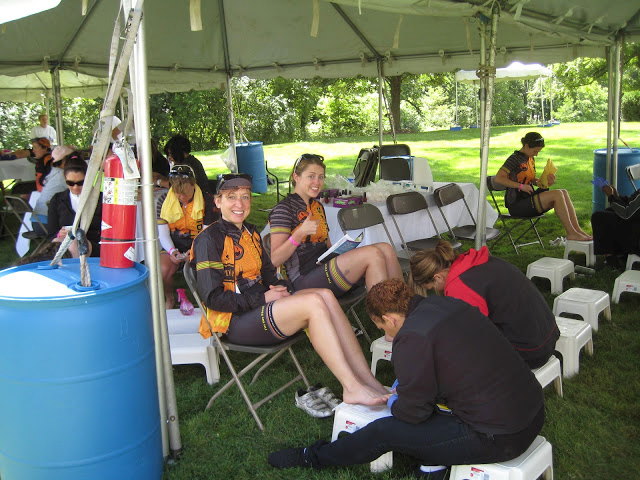 Following lunch we took full advantage of the mani/pedis and facials.

Life is rough. Oh! And then we had ice cream from Jeni’s.

Thanks Lindsay for putting together our Team Spidermonkey! I know that next year there will be a lot more of us – and I certainly hope that some of our dudes will join us in their tutus, wigs and lipstick. 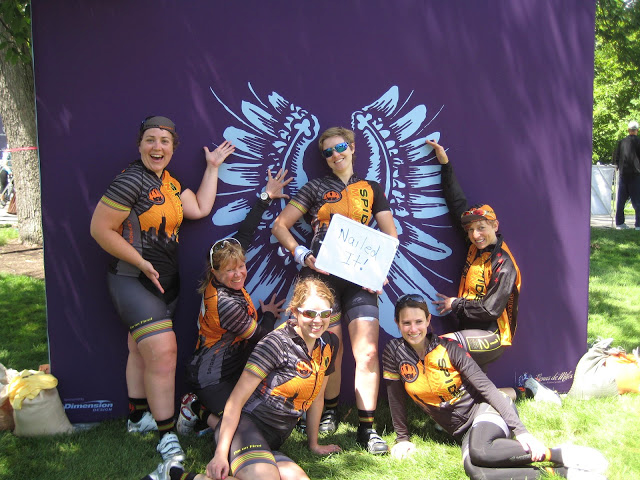