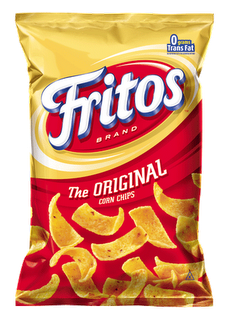 Last week I rode up to Northbrook to give the track a try. I decided to write a race report to encourage others to try it as well.

I found a great route up there, no crazy white-knuckle traffic at all! Sheridan north. Left on Central Ave., just past the Bahai temple. Left onto Wilmette just before the Metra tracks. Take Wilmette to Glenview Rd (not Old Glenview). Soft left onto Glenview, cross the Edens. Right onto the north branch trail. When it forks in a couple miles, turn left (north). Left on Winnetka Rd. Right on Sunset Ridge Rd. Left on Voltz Rd. Get on the sidewalk after you cross Waukegan Rd., Turn right. It will lead to the parking lot. It takes about 1:15 in a headwind.

I got to the track at 6:10, right before race registration closed. They said it wasn’t too late to borrow a bike and asked for $35. The officials discussed at some length whether I would be allowed to race, and decided that I could, unless I was a hazard.

FYI, women can show-and-go on Thursdays if they know how to ride track. Men have to attend a clinic to learn the basics before racing. It’s $35 the first time, $20 thereafter, to race all evening as many races as you want. The loaner bikes are whatever’s available, but I got one that fit OK and it was free.

I removed the clips from my road shoes so that I could ride the borrowed bike’s rat traps. The last fixed gear bike I had ridden was named “Pinwheels”. It had a banana seat, tassles, and training wheels. I looked at the track, then at the rat trap pedals of my borrowed bike, then at the track. My newly-minted-cat2 ego was taking a beating. I had no idea how to get on this thing. Much less ride it. Much less race it.

One of the officials asked me if I needed some help. “How do I start?” I asked, and looked again at the pedals, then the track. He laughed and told me to hold onto the side, and he helped me get my feet in the rat traps. One foot, other foot, and off I went! Now I had a different problem. How could I stop? I had no choice but to pedal around in perfect smooth circles. Katie Isermann came up and told me my tires were flat. They were, but I couldn’t stop.

After about 5 minutes, I figured out that if you really really try to pedal inefficiently on a track bike you can slow it down and stop. Kristen Meshberg helped me take the pedals off the borrowed bike and put my own pedals on. She blew up the tires. I screwed my cleats back on, finishing 5 seconds before we were supposed to line up for the womens 4’s 5 lap scratch race. This time I got in to my pedals (Look Blades, a no-no on the track!) all by myself. Off we went! Given that I had not ridden fixed in 32 years, I didn’t mind a slow-paced race. But when the time came to drop the hammer I had no power. My seat had slipped down about 6 inches. So after that first race we raised the seat and tightened it.

The second race was really cool, it was a Keirin. The rules are a bit complicated, but essentially it’s a track race that is paced for the first several laps by a moped. Katie Isermann and Sandra Samman raced it out up front like Alien vs. Predator, because an awesome guy from Iron Cycles [[[someone comment with his name?]]] gave a $100 pot to the winner! I got 4th, spinning out into the wind. I needed to learn how to use the track and stop fighting the (forced) smoothness of the fixed gear bike.

I had some fritos and watched other races for a bit. Kristen was a joy to watch on the track- she’s faster than I could have imagined, even after having my front row seat to her road races this year! She won the 1/2/3 Keirin race. Then Kristen, Katie, and I decided to line up for the 40+ mens race, a 10-lap scratch race. Just like road, I like racing with the boys. Sketchy moves and better drafts. I was finding my nerve, moving faster, drafting closer, and learning how to use the bank a little bit. I even found Mesh’s wheel (!!!)- that is THE wheel you want (!!!)- and then it started raining and we had to quit. I rode home with Katie Isermann and we eagerly ate fritos and discussed all things bike racing.

Four days after that first night on the track, I converted Bozo to fixie. Today I took my morning ride on him up to Metropolis, pedaling in perfect smooth circles.