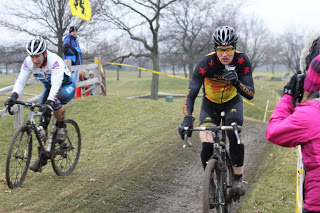 Spidermonkey of the Week – Peter Monko

Hi, I’m Peter and I’m a Spidermonkey  So what does it mean to be a Spidermonkey? I’m not talking about the cute cuddly ones that howl loudly and are considered a delicacy in Brazil, but the ones that shake their butts, ride their bicycles and piss excellence? What I’ve learned quietly observing these Spidermonkeys in their natural habitat is that being a Spidermonkey means different things to different people.  To some it means showing up early in the morning on Saturdays and Sundays to ride long and hard while having a laugh or three with their fellow teammates/friends.  To some it means raising boatloads of money to find a cure for MS ,while at the same time riding long and hard and having a great time doing it.  To others it means drinking massive amounts of Goose Island beer at the dock party while discussing with fellow teammates the upcoming Grand Tour races and whether or not Contador’s meat was in fact tainted.  In case I haven’t met you yet, let me tell you about how I became a Spidermonkey.

My story begins in the wild jungles on the southside of Chicago.  There are heroes and villains (mostly bike thieves) and of course bicycles in this story.  Multiple bicycles.  I learned to ride on a bike complete with broomstick that my mom would hold onto in case I tipped over.  Who needs training wheels?  My childhood took place in the late 80s and BMX bikes were the rage, so I began my bicycling career by dirt jumping near the railroad tracks with my friends.  When I wasn’t doing goofing around or getting chased by vicious dogs, I was out on my bike exploring the city.  One day during high school I took my Dyno up from the southside to Glencoe and back.  I learned the importance of sunblock and padded shorts that day. However most importantly I learned the freedom that a bicycle could give you.

Over the next few years, I progressed as bike rider/racer.  I did a few longer bike tours and raced a couple of triathlons on bikes that should not be raced on.  The next summer I switched jobs and met Fred Wu who also enjoyed doing triathlons and riding bikes. Then I decided to go back to grad school and joined the Illinois Tech Cycling club.  With ITC, I had a lot of fun traveling around the Midwest on the weekends and racing against kids 10 years younger than me, but the season was short and I yearned for more racing and group riding.

Fred told me about this club that he rode on the weekends with.  They drank a lot of beer and their weekly rides started not too far from my home, so I decided to ride along in the back one day and the rest is history.