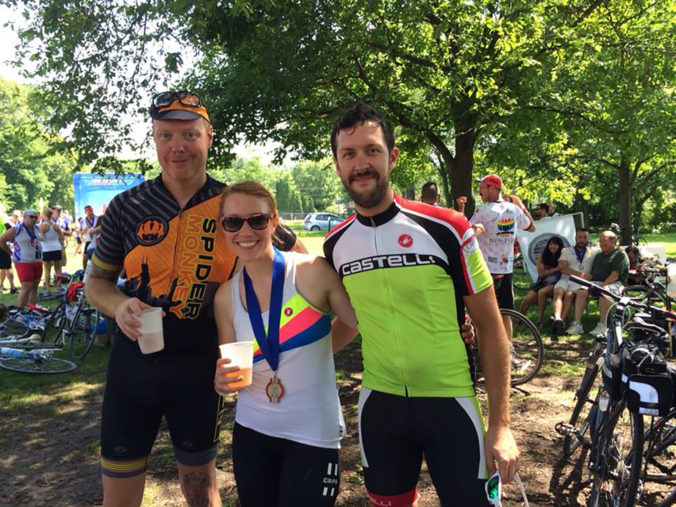 May 8, 2017 / Michelle / Comments Off on Spidermonkey Spotlight – Matt Maniscalco and Lauren Richards 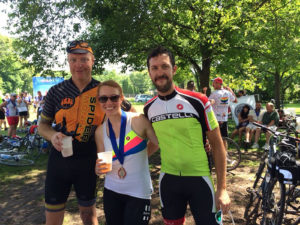 Matt: Is that a Huffy? Why actually, it is. Like many of us that grew up in the 90s, I had a couple of Huffy bikes. And also like many, my very first bike was a tricycle. 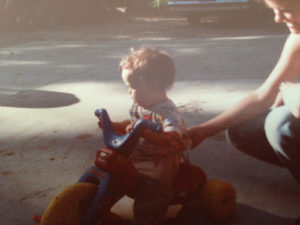 One vivid memory I have was testing my tricycle out on the nearby highway that my family lived off of. My mom decided to go to the grocery store and leave the responsibility of watching me to my dad. I always went with my mom to the store and was upset that I wasn’t going on the adventure. My dad was preoccupied mowing the lawn and he assumed I would keep myself busy with my childhood imagination, but unaware to him I was developing a plan to scuffle my tricycle down the driveway and get to the grocery store. Somehow I made it to the end of the driveway without my dad noticing, I got on my three-wheeled ride and started pedaling down the shoulder of the highway. The cars rushing past seemed as large as houses, and I potentially peed in my oshkosh overalls. I traveled maybe a tenth of a mile before eventually someone driving by stopped and informed my dad that his 3 year old son was heading south on the highway. That may have been the last time I saw that tricycle. 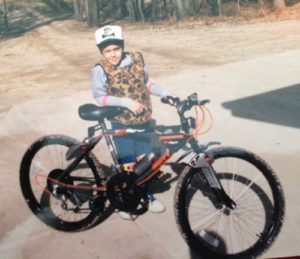 At 13 my parents got me the Huffy Wild River.Not sure why it was named the Wild River, it was nothing like a fast flowing body of water, more like a creaky fence gate that would spring back and hit you face. But the Wild River helped me get to my friend’s house down the road, from there we would meet others and head to a gas station a few miles away to buy junk food. For a few summers that would be our daily routine.

Recently I realized that the weekend monkey rides basically have the same structure; we all meet up, poke fun at each other while heading north, and then stop to get snacks. The only major difference is the price point of our bikes, some of the bike names are still just as bad as Wild River.  Riding with the monkey family brings out my inner kid, which is priceless to me. 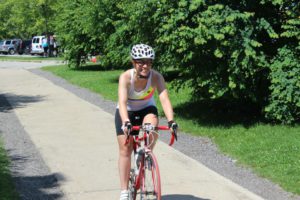 Lauren: This may seem morbid, but I recall the order of bikes I’ve owned just like pets – the color, how old I was, how it died… or rather, when I outgrew it.  First came the red tricycle, then a brand new hot pink Huffy with training wheels and a splatter paint job.  Eventually the training wheels came off, I outgrew it, and received one of the many hand-me-downs I’d come to cherish: a vintage sparkly yellow two wheeler with a banana seat and sparkly streamers.  I smile just thinking about it :) 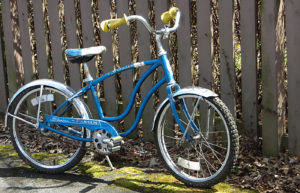 At the same point in time my brother, Jeff, received a hand-me down blue Schwinn Bantam.  Considering its weight, we both remember that bike being surprisingly fast.  Jeff and I would race our bikes around the block (sidewalks only!) even though we each had ridiculous handicaps.  I was terrified of getting my wheel caught in between the sidewalk and grass, and Jeff couldn’t steer around the corners.  He would literally get off his bike, walk it around the corner, and yell at me.  Our bikes also fueled many imaginary “factory” operations by simply turning it upside down, spinning the pedals, and flinging piles of grass clippings at the back wheel.

I was always involved in sports growing up, too.  Gymnastics, tennis, diving, volleyball, and soccer.  SO MUCH SOCCER.  Then I started to run “for fun”, because everyone knows how much “fun” running is.  Based on what I’ve heard from other Monkeys, it seems like the transition from running to cycling is practically inevitable.  Cycling reminds me much more of the team sports I used to play.  The comradery is hands down the best part about being on a team like Spidermonkey.  I learned so much so quickly, and I feel like I’m just seeing the tip of the cycling iceberg!

SMC made it easy for us to become obsessed with cycling (and wake up at 7 am for rides on the weekend).  We’ve been able to participate in and watch amazing competitive events and have some of the best dance parties ever with the team. It’s truly a pleasure and honor to say we’re Spidermonkeys! 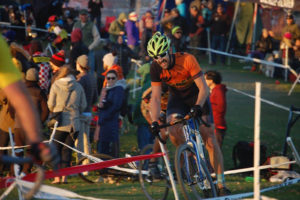 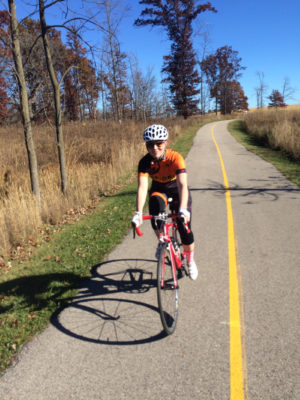