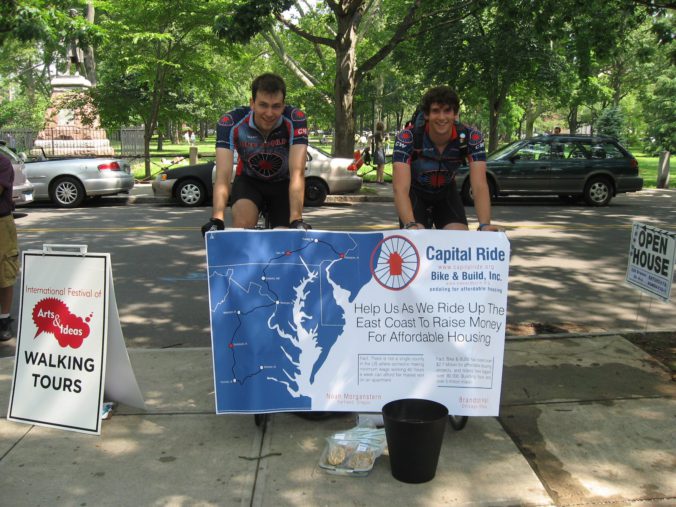 I stood in the parking lot of Big Shark Bikes in St. Louis at 7 am on a Saturday. I had my vans, athletic shorts, a white tee shirt and my Schwinn World Tour Bike at my side. This was my first group ride. Surrounded by everyone in cycling clothes, kits, and carbon bikes, 40 miles lay in front of us. 5 miles later, despite some well needed pushes from other riders I couldn’t keep up on the false flat heading out of town. The summer of 2009 was full of learning experiences – learning to ride in a group, learning to clip in and out of pedals (I still have the scar to prove it), and learning that with my Schwinn I needed to carry two 16 mm wrenches to change a flat (one SOS call later). Still, there was something amazing about being on that bike and riding in a group – I was hooked.

My graduation present from College was my first real road bike – a Cannondale Caad 9. I also moved to Connecticut to start Grad School… So the transition from the rather flattish Midwest to hilly Connecticut was a big adjustment. While my fitness wasn’t great during my time at school I appreciated the escape from school and the ability to be on good riding roads within 5 minutes. There, a classmate also told me about an organization called Bike and Build. I did some fundraising and spent 2 weeks during the summer after my first year of grad school riding up the East Coast stopping along the way to work at build sites in 3 different cities. 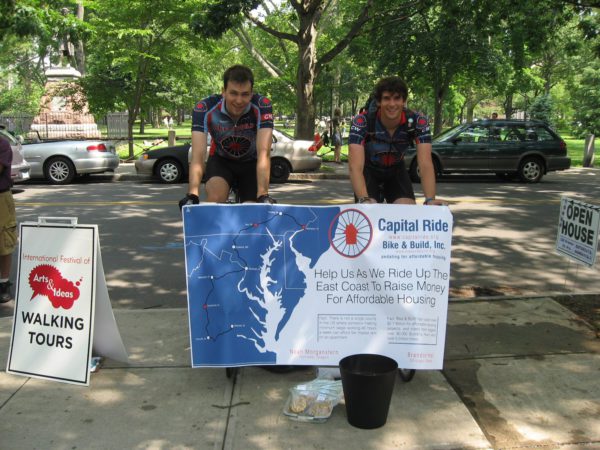 I subsequently took the year off school and took my bike to Denmark. I really enjoyed the bike infrastructure throughout Copenhagen and throughout the country, as two friends and I spent three days riding West – from Copenhagen to Esbjerg on the Western Coast.  During my time in Denmark I also had the opportunity to ride in Majorca and in Switzerland, which were both incredible in different ways.

Coming back to school I started getting more involved with the cycling team and tried my hand in a couple of crits and a time trial. While I learned that getting into shape for the March collegiate racing scene was impossible for me, I enjoyed the adrenaline that comes from racing. 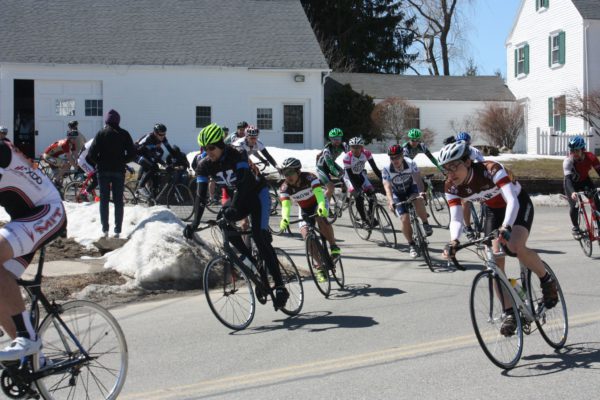 Trying out a crit race 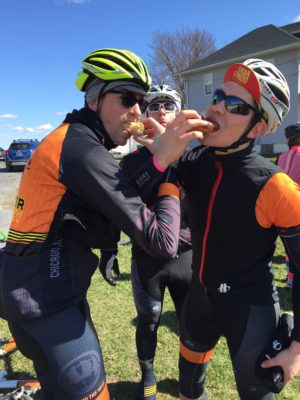 Moving back to Chicago my coworker John Castro convinced me to go for a ride with him, and promptly had me suffering and holding him back. I still do that now, but his encouragement led me to start riding the Spidermonkey Saturday ride and eventually join the team. I appreciate the way the team rides – safe and steady, and have really enjoyed getting to know such a fun and passionate group of people.

Last season I started racing cyclocross, and was immediately hooked. This season I’m looking forward to competing in most of the Chicago Cross Cup, as well as TrekCX and Jingle Cross. In the meantime, this season I have eaten donuts at Pastry Brest Pastry, gotten Grumpy at the Grumpy Grind, struggled through the Alpine Valley WORS Race, persevered through the Lumberjack 100, met my limit at the Leadville Stage Race, and sweat through Relay Cross, all with my SMC teammates at my side. 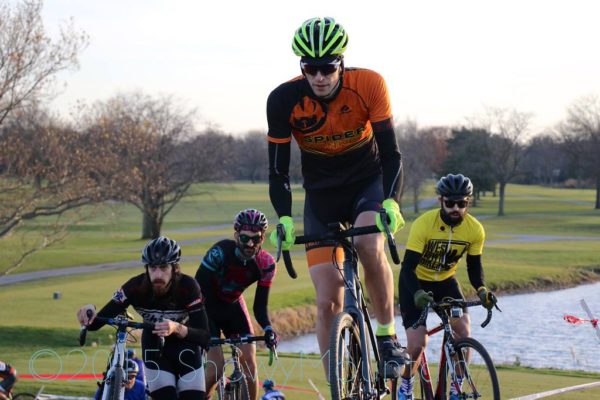 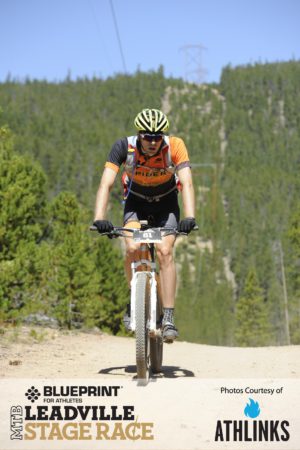 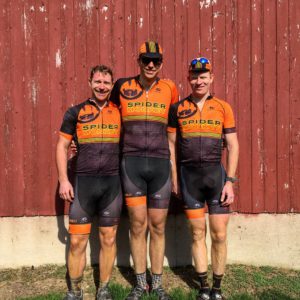 When not on a bike I can be found shopping for bike parts, drinking beer, dreaming of the next race, or working on the Wanda Vista Tower.  CAW CAW