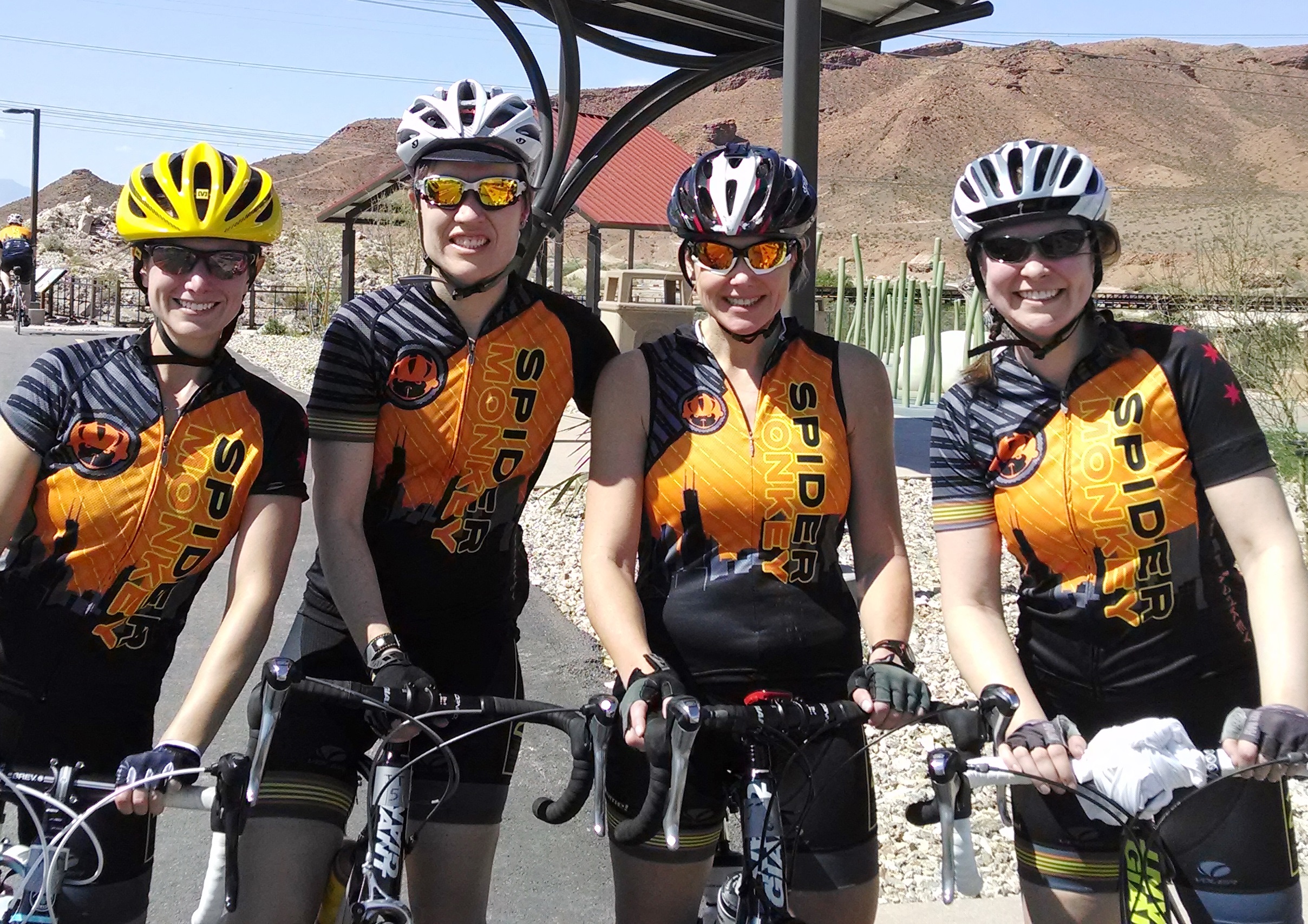 Imagine a cool mid-summer weekend day, with a potential storm on its way but two bikers itching for miles.  Given the weather, they abort the original plan to venture somewhere new “with cars” and instead agree to the Lakeshore trail.  Little did they know of the many obstacles to come…but that it would all be worth it because it would ultimately lead them to the Spidermonkeys:

– A flat tire…before one pedal stroke; with the help of strangers, it appears fixed.

– The flat returns…the partner in crime attempted to help with a very old cartridge; gaining some pressure until an irrational concern overcame them, that the cartridge is actually a live grenade that they quickly toss onto the ground (a deadly combination of an over-active imagination and no flat tire clinic!)

At this point, they cry “we give!” and walk to a bike shop (and brunch next door).  With full bellies they pick up their bikes and learn of the infamous Spidermonkey cycling group.  [”They” is yours truly and my good friend, Carin… “you know, like ‘car-in’ the garage” :))

To back up to the beginning, I grew up in a family that biked around the block on summer evenings.  We put streamers on our bikes and road them in our neighborhood Memorial Day parade.  I excelled as an expert tag-along.  In one picture, you see my grabbing a free ride on my dad’s bike.  Growing up in Michigan, we would rent tandem bikes at Mackinaw Island and I would sit in the back…and pedal when my dad or older sister would turn around to make sure I was pedaling.  It’s not all that different than me drafting behind folks in recent years…bike “smarter” has been my motto (especially when biking with stronger people).  My family has gotten even with me – I get not only my niece on back of the tandem with me, but also at least two of the youngest in the burley as well.  Fortunately no incidents with horses to-date! 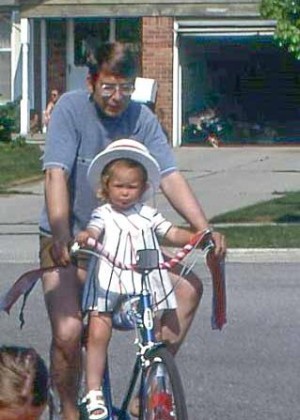 Biking played a bigger role in my life when I was told in high school that biking will strengthen and minimize my knee problems.  It became a break away activity while living at home during the summers in college.  When I moved to Washington, D.C. for my first job, with too much time on my hands, I hit the Capital Crescent trail most evenings and biked into Georgetown and the monuments. 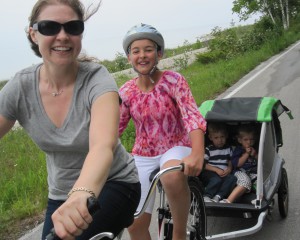 I did my first MS ride – 65 miles – in the Virginia foothills.  My goal was to finish.  I was ecstatic when I completed it…that feeling lasted for about 2 minutes, right up until the volunteer said “Congrat’s…did you just finish the century?”.  Ugh.  Little then could I have imagined that I would ride a century (IL MS) AND up and out of Hoover Dam!  In Minneapolis, I rode the MS 150-mile, a 2-day event, from Duluth to Minneapolis and fell even more in love with the sport and the greater community who enjoyed biking for a cause and encouraging non-bikers.  I was adopted by various teams and did training rides with a group that developed over the years.  It was during this time that a good friend chuckled when they overheard me explaining that I was a casual biker versus a “cyclist.”  Somehow I missed the metamorphosis that had taken place…first the spandex, then bike gloves…helmet, road bike, clips, and lastly the jersey…out popped a cyclist! 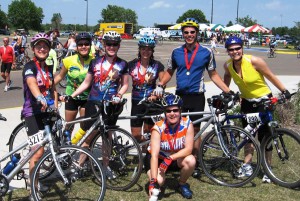 And finally I came to Chicago…  I was spoiled with great paved trails in Minneapolis, so I started off clinging to the Lakeshore trail, early in the morning.  One Saturday I decided to be brave and headed north on city streets.  I saw a huge pack of bikers on Sheridan (guess who??  a striking orange was the predominant color).  They reminded me of how much I missed riding with others.  Shortly thereafter, I met Carin and we started biking together and plotted our first Spidermonkey ride.  I have never felt so included, exhausted, and giddy (that I survived) all at the same time. :) I feel so lucky to have found such a great group of amazing people!  From the intro talk at that first Saturday ride (flats are not catastrophic!), to flat tire clinic, girl rides, end of the season bash, observe blizzard cyclo-cross race, VQ, Roxanne’s spin classes, Vegas, 312 events, IL MS ride, hot orange pants…you all inspire me to be a better, stronger biker while also accepting me into the “family” exactly as I am.  I still get excited when I see the orange and am sure to holler out the “caa-caa”…wondering who I just spotted.  You all have made Chicago feel very quickly like home and I’m excited for the many adventures yet to come.  Thank you all so very much. :) 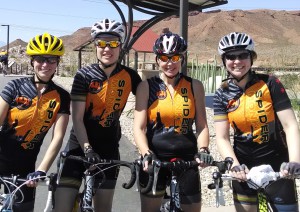 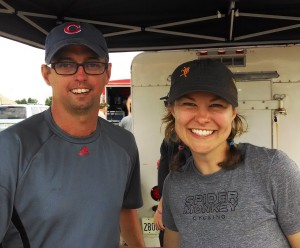