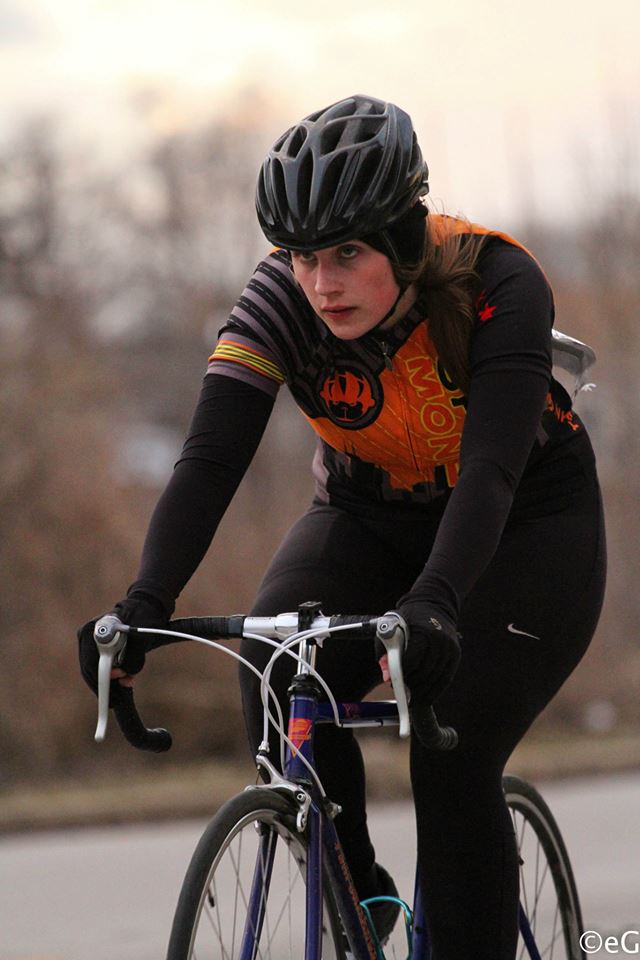 February 12, 2015 / drew / Comments Off on Spidermonkey of the Week – Kelsey Phillips 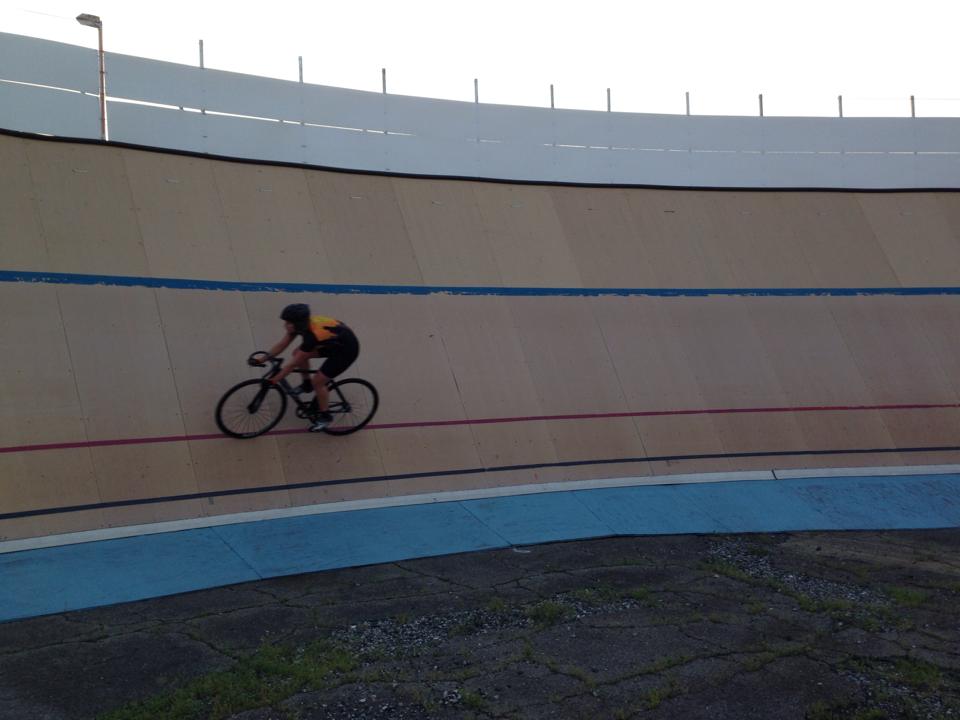 I was riding home from work last winter. Knobby tires on to fight the snow and ice that were covering the lakeshore path north of Ohio St. It was coming down pretty hard but I felt fine, I had been riding through the winter for years now. But like every winter, I was spacing out and didn’t see the huge patch of ice 3 feet in front of me, and lost control and yard-saled.

A few yards away from me, another cyclist was fighting for control on the ice. I can’t remember if she fell or not, but I remember getting up and looking over at her. It was the middle of winter, so all I saw was cycling gear, not a discernable person. But then she asked if I was ok, and I heard the voice. It was Sarah Rice, a faculty member at my university, scary-smart biophysicist, and overall badass. I knew who she was, but she certainly didn’t know me. I was just a lowly grad student.

We exchanged “are you ok?”s and dusted ourselves off. I said something along the lines of “Oh, you’re Sarah Rice”, and she said something like “Ya, who the hell are you?”. I explained that I was a graduate student at Northwestern. And as we got back on our bikes and rode north, we started talking a bit about school, but mostly about bikes. I remember her looking at my winter beater bike and saying “that’s a funny lookin’ bike…” (it was).

As she turned off the path to head west and go home, she mentioned her cycling team, Spidermonkey. She asked if I had ever considered racing my bike. I hadn’t really. I had done plenty of running races before, but cycling? I had always ridden my bike as a hobby. As a way of clearing my head. As a way of getting everywhere. But racing? I said I’d shoot her an email.

I did shoot her an email. It took a while to actually get the gears (sorry) moving, but eventually the idea started to grow on me. I had heard of races happening in the Chicago area. I started to look at them more closely. Finally, I asked Sarah when the next race was. It was Montrose, the last race of the Chi Cross Cup. It was cylocross.

What the hell is Cyclocross?

I had asked a friend that I knew was into racing. She put me in contact with her friend that races cross. She posted on social media about a new girl needing a 53cm bike for Montrose. About 15 ladies responded, throwing their bikes at me. I would be hooked up just fine.

I showed up that Sunday morning with a six-pack for whoever ended up loaning me that bike. I found the Spidermonkey tent and saw people running in and out, throwing clothes on (or off), shoving food in their mouths. I think I saw a man (who I now believe to be Trent) chugging a beer at 9:30 in the morning.  It looked like a tent I could hang out in.

Some of the Spidermonkey ladies tossed me advice here and there as we got ready for the Women’s 4s race. I don’t know if I listened but somehow I was on the line, in the back, with a number and a cross bike, ready for whatever. The whistle blew and I just, kinda, raced I suppose. Tried to survive is probably more accurate. I was very out of my element. I was mostly just trying not the break the bike I was riding. But I had a blast doing it.

When I finished, and got back to the tent, and had a beer, and I think a waffle or two, I was hooked. I was gonna race bikes. I was gonna do it with Spidermonkey. It was thrilling.

Over the following months, the Spidermonkey team members started helping me out here and there. I signed up for PWP. I got my butt kicked by Kristen. Kelly Clarke showed up and lent me her other trainer. Lauren “Space Jam” Wissman laughed with me and made me feel welcome. Slowly I started to meet these women, and started to feel like I was becoming a part of a family.

I started going on group rides when March rolled (sorry) around. I met Dean and Vanessa. They made me smile for 3 hours straight even when I was fighting back breakfast as I sprinted to keep up with the group. I met Michelle Moore, whose wheel I always tried to get behind on rides because I knew that thing wouldn’t wiggle an inch. I was getting faster, and I could feel it.

Gapers Block crit series was coming up, and Kelly said it would be a great first crit race for me. Sarah insisted I start drilling corners so I’d be ready. She took me to the Lincoln Park Zoo parking lot at 7:00am on a Friday and basically made me take corners at speed for an hour. She rode my wheel too close, bumped my back wheel at speed, elbowed my ribs, everything that could happen in a race, she made me ready for. I rode up to the line for Gapers feeling safe and feeling confident. I wouldn’t have felt that way without Spidermonkey. 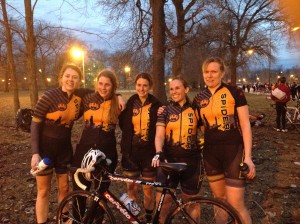 After that, the crit season went into full force. And then track. And then cross again. I could go on for days about all the amazing moments I had with this team. Cramming 10 people in a 2-bedroom house for the Lacrosse Omnium, getting lost on a training ride in the hills of Galena, and even my first big crash that ended up injuring two of my fellow female racers. 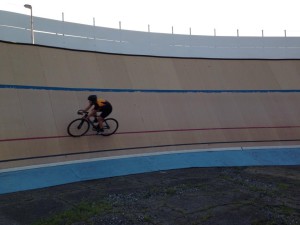 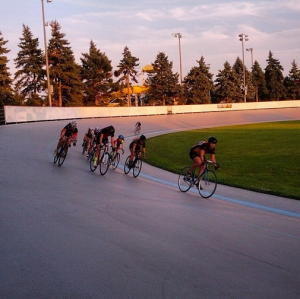 Good and bad memories alike, Spidermonkey has been there with me the whole time. Getting me back on my bike to finish those terrible races, cheering me up Snake Alley even when I was walking my bike, being so supportive and helping me become the best cyclist I can. I’m so thankful for this team, and every teammate on it. It’s made me a better cyclist, and a better person, as cheesy as it sounds. I’m just glad that I ate in on the ice last winter, and that Sarah Rice was there to laugh at me.

Spidermonkey of the Week