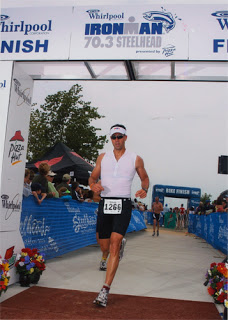 Spidermonkey of the Week – Jesus Cruz

Something you may not know about me, I’m Cuban, Chinese and Spanish.

I’ll use the time machine to get us quickly to the 80’s… when bikes were made of real alloys, shorts were wool, the padding was a thin layer of chamois leather, shoes were all leather with titanium inserts or wooden soles. I was never much of a team sports individual and being an extreme introvert, cycling was a natural venue for me. I rode with several close grade school friends or on my own. Seems that most of us are identified by what we do and enjoy. For me cycling was and is one of those things.

My bike racing experience was short lived and limited, none of this crazy Category stuff. I wanted to race with danger, I raced in the “citizens” group which consisted of anyone without a license, some of these races were even held in large parking lots… never understood that one. Anyway, the few crits I did were exciting, but it just never settled in my gut to continue. And with college around the corner, cycling took a long hiatus.

About 10 years later, I decided to get back into cycling which was motivated by friends who were doing running races. I dusted off my old aluminum, down tube shifterized, toe clipped machine and headed off to the lake front. Day 1, I headed south and though this isn’t bad for not being on the bike in 10 years…upon turning around I found out why… heading south I had a strong tailwind. Two blocks from the car (near Montrose), another cyclist crossed the line dividing the path, hit me head on. With a minor elbow injury all I thought… my bike, is it OK? … the front wheel had collapsed, frame kinked in two spots.

A few days later, I headed off to purchase a new bike, entry level of course. In hindsight, never get entry level, you will always want to upgrade. With a new bike in hand, I ventured onto the real roads, I learned from my bowling days that Dean Okun rode and thought this would be fun. Slowly, but surely, I started riding Sheridan and started up with the Spidermonkeys when they were in their infancy.

Soon I jumped into triathlons, my first being a duathlon in Galena. I had no idea what I got myself into, since it was so damn hilly. I loved it, I learned to swim afterwards and signed up for an actual tri and then did another later that year. Realizing I’m a very competitive person I decided it was time to upgrade to a carbon bike since I needed to fit in with the roadies, finally the wool shorts and toe clips disappeared. The next year, it was time to up the ante and jump into a half ironman. The first half ironman became a duathlon due to swim conditions, in which the lifeguard boats couldn’t even row away from the shore. The following years I would keep up with the triathlons, finally doing a couple of half ironmans, half marathons and full marathons. All this time I trained on my own, I’ve been fortunate to ride with the Spidermonkeys who do a great job at kicking my ass on the road and helped strengthen my riding abilities.

I hope to continue with endurance racing until I become the creepy old man without humility who does a tri in his speedos. I’ve learned a lot from my fellow riders and racers, how to train, what to eat and drink but most of the learning have come from mistakes I’ve made along the way in each race and found ways to adapt. The most important thing I’ve learned is to always make time for friends and family, they keep you honest and sane. They are your best support system when you feel like giving up.

This is my personal blog: http://zeusenduring.wordpress.com/

don't f*** with the JesusJCThe Jesus