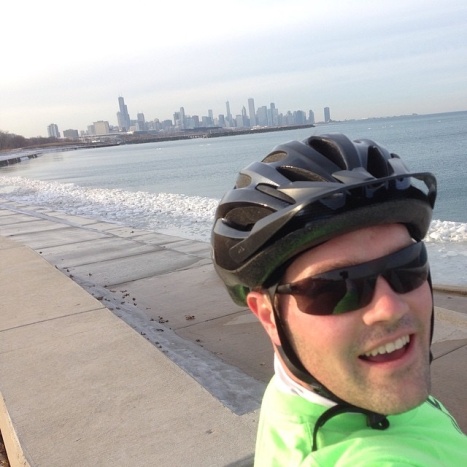 I would like to start off by saying I am absolutely thrilled and honored to be the Spidermonkey of the Week!  While I have always been what I thought was a huge cycling advocate, my love affair with bikes is only in its infancy when compared to everyone else on the team.  I now know that I have only just seen the tip of the iceberg and that by drinking the Spidermonkey Kool-Aid, I am opening up the floodgates to all things awesome.  I have been absolutely humbled through my experiences with those of you I have met so far on the team, and have been deeply inspired in reading all of the other SOTW posts.  Because of you, my goal for 2015 is to become a stronger and more skilled rider and make you all as proud of me as I am to be a Spidermonkey!

That being said, here’s a little about the guy that may be sucking your wheel at the start of this year’s rides.  I was born in New Mexico and bounced around between there, Texas, Ohio, and Los Angeles before moving back to Ohio for college and my first grown-up job in Cleveland.  As with most kids, bikes were a big part of my life growing up but two memories vividly stand out- learning how to ride and going on bike tours with my parents.  My Grandma Joan sat me on my first bike that I received for a Christmas present in Las Cruces, NM and literally shoved me down a hill repeatedly until I could stay on without falling.  Fortunately I got the hang of it before I ended up breaking something!  As for the bike tours, they became a family tradition while I was in grade school after my parents got into riding.  They started bringing me along on 20+ mile country rides around Carey and Columbus, Ohio and it always made for awesome family time. 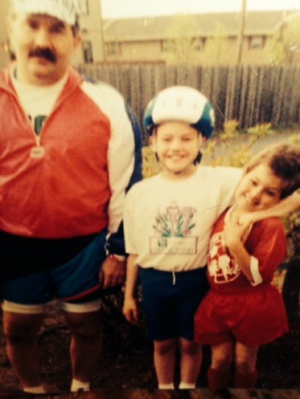 Six years ago I moved to Chicago (chasing my then girlfriend, now wife, Kelly) and left behind my beloved Ohio after 13 years of fun.  When I first got here, I absolutely hated it.  I found myself very frustrated with the noise, concrete everywhere, seeming lack of outdoor opportunities, and most of all the traffic.  For sanity’s sake I stopped driving, took to public transportation and that made things a little better, but after 2 years I was completely over it.  In the spring of 2011, I finally had a moment of clarity while we were sitting in a mess of rush hour traffic in our car- a small group of cyclists effortlessly cruised past us with smiles on their faces.  I wanted (and needed) that freedom and happiness, and later that week I bought a bicycle and took to the streets. 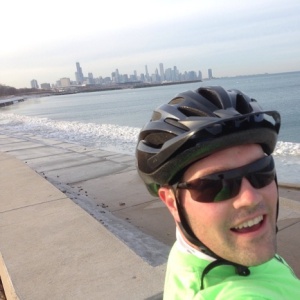 What started off as a means of getting to and from work quickly turned into my escape from all of the things I didn’t like about Chicago.  All of a sudden I was happier, healthier, and felt a meaningful tie to the concrete, traffic, and noise that used to drive me crazy.  These feelings grew deeper when I began bike commuting year round and really learned to appreciate everything that all of the four seasons throw at us.  The only problem I came across was that my commute was only 6 miles each way, and I wanted more! 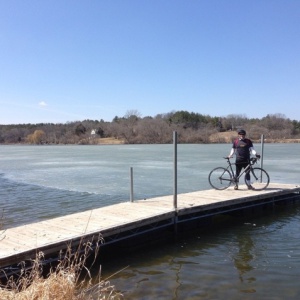 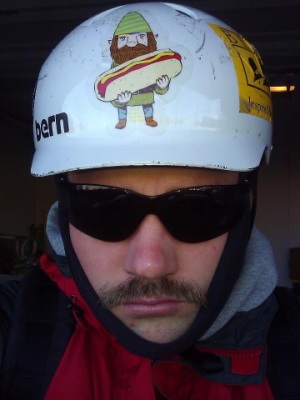 When I left my job as an Environmental Consultant and went to work for Goose Island Beer Company three years ago, I had the unique opportunity to take this newly found passion and grow it further through sharing it with my new coworkers.  Goose Island was already a strong advocate in the Chicago biking community through supporting the Active Transportation Alliance, Chicago Bike to Work Week, and of course sponsoring the Spidermonkeys, but we had some opportunities for improvement internally.  In the last three years the Green Goose team and I have made some great accomplishments to encourage our employees to ride- we started the Honking Peloton (once a month we ride to a local brewery), improved onsite bike storage, purchased maintenance supplies, and started offering employee tune up days.  Our efforts have resulted in an increase in bike commuting and have also led to Goose Island receiving a Bicycle Friendly Business Silver Award through the League of American Bicyclists. 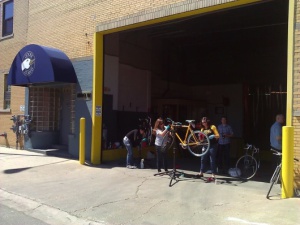 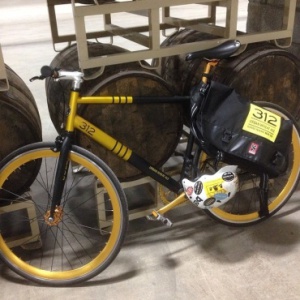 It was only a matter of time until I got to meet several Spidermonkeys at a dock party and a few other Goose Island beer release parties.  At one of these events (after geeking out over a few beers of course) I received a challenge from Fred Wu to come join the team for a Saturday ride.  Once I realized that there weren’t any Geese currently riding with the Spidermonkeys, I knew I needed to accept the challenge, represent the brewery, and roll with the team up to Highland Park.  After one ride, followed by a delicious gyros sandwich at Budacki’s, I was hooked!  Despite a busy travel schedule for work I managed to hit several other rides last year including a couple treks to Willow Springs and a very ‘spirited’ Wednesday night ride.  I am looking very forward to being even more involved this year, riding my first century, and diving into my first CX race this fall- hopefully I won’t be riding in Fred’s Divvy bike basket!  Here’s to all of you and here’s to a great year with Spidermonkeys! Cheers!