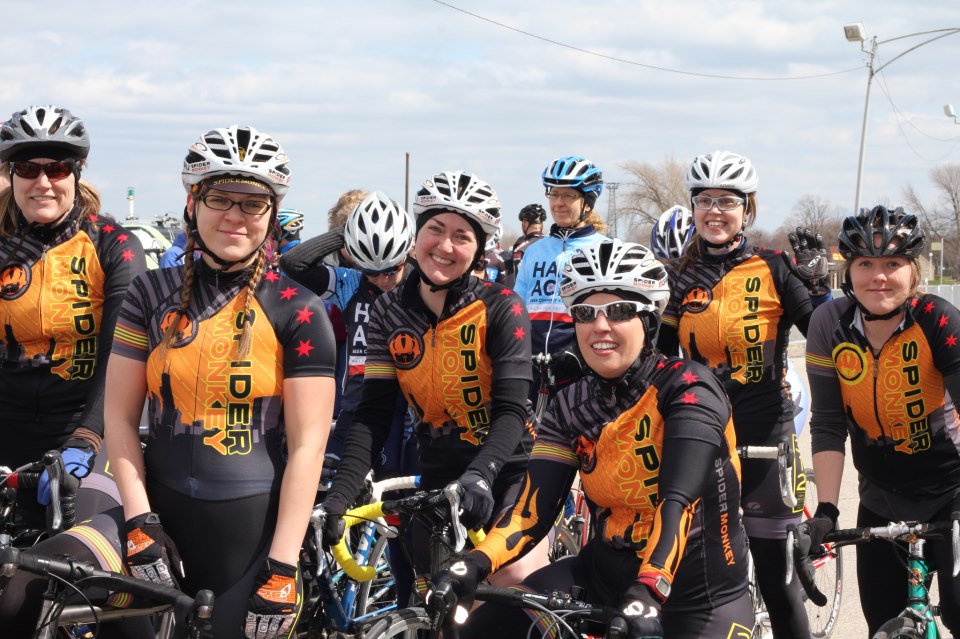 It was the night before my first crit and my nerves were on fire. Sleep was restless and my cat was no help as she decided to work on her sprints at 1am, by the way her cornering was top notch. The following day Lindsey Fahey picked me up from work and we headed to Montrose Harbor for the Lincoln Park Crit, the one with the dreaded/intimidating hairpin turn. All I could think was “$#!T, I can do this turn fine on my own but in a pack yikes!” and “why did I pick this race to be my first?”

Lincoln Ladies: Start of the Women’s 4 Race at Lincoln Park

Needless to say I got dropped from the front group early on in the race, though I knew Kelly Clarke and Lauren Wissman were representing us well in main pack. Soon after being dropped I found another teammate Katie Kolon and we started working together and picked up a couple more ladies including our other teammate Michelle Moore.

Around and around we went and eventually our group was given a prime lap. Thinking to myself “riding with this group is great but come on we are not going to catch the main pack so I might as well see what my sprint is like and try for the prime.” Well it needs improvement, as I was around three feet shy from getting the prime and I was also on my hoods.

Worn out from that attempt I worried that I might have spent my energy but soon discovered there was more left so I hopped on a wheel and kept peddling away. As we were nearing the start/finish line for what I thought would be the start of our last lap the main group was coming up sprinting for the finish line swallowing us whole. Not realizing that being swallowed up meant that the group I was riding with was also done; I just kept riding the extra lap as though I was still in the race.

Haha, newbie mistake and believe me I am full of those but how else are you gonna learn. After we stopped pedaling and found our other teammates, the best cheering squad, I was asked what do you think of crit racing? My immediate response was “I LOVE IT!!! And I can’t wait for the next one.” 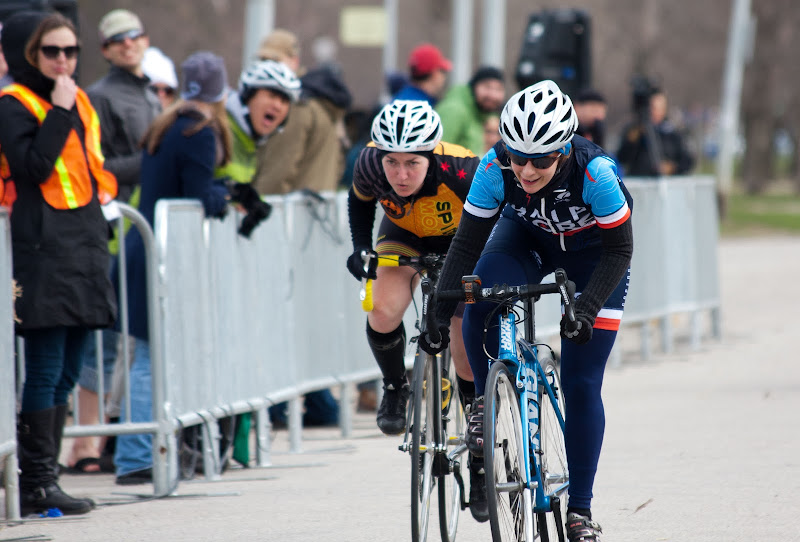 Ann Marie sprinting with Annette Stahelin for a prime

FYI, we had 8 ladies representing us at Lincoln Park in the Women’s Cat 4, including two of our newest members Emily Beswick and Kirsten Swanson. As Katie Isermann would say, and I agree, “I’m soo EXCITED!” 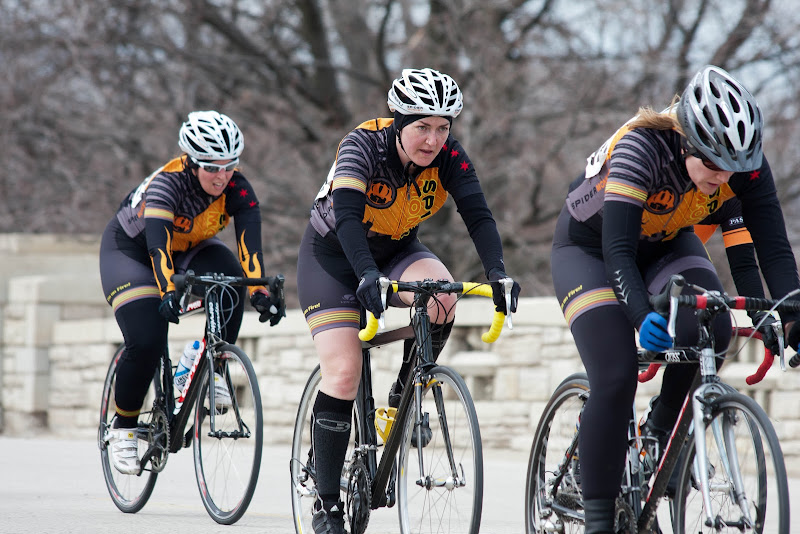 A couple of weeks later, Katie Kolon and I headed down to Kankakee, IL with Peter Monko for the Cobb Park Crit. When we arrived we found a few other teammates and chatted with them while trying to collect our nerves. We found out that Lucas Seibel took 2nd in the Men’s Cat 5. Way to go Lucas!

So I’m at the starting line of my second race thinking to my self that I need to try and stay with the main pack. Soon the whistle was blown and DAMN! the girl directly in front of me couldn’t get clipped in and cut me off so I found myself towards the back of the pack, not where I wanted to be.

As I was trying to get closer to the main group, the girl in front of me was being really squirrelly and not keeping a decent pace. Each time I tried to get around her to get away she would whip back around and cut me off again. This yoyo effect is what eventually got me cut off from the main pack and I was not happy about it.

Towards the end of the race Niki decided to speak up and give some much needed pointers to our group as a whole. With about 2-3 laps left our group was caught by the main pack so we all jumped onto the backend of them. Now with many more riders amongst us I knew I needed to keep track of where my original group members were, especially when it came down to the last lap. Knowing that three of the ladies were behind me, I could see Niki ahead of me so I made it my goal to get on her wheel, which I eventually did.

As we were taking our very last turn I could hear her changing her gears and decided to mimic what she was doing. Once we were on more of a straightaway I swung out from behind her and started my sprint, this time in my drops. She had me by a hair but it was definitely fun going for it. I ended up placing 16/22 for my second race. This course was an absolute blast and I look forward to racing it again. With two races down with so much more to learn, I figure the only way I can get any better at this racing thing is just to do more. This is gonna be fun! 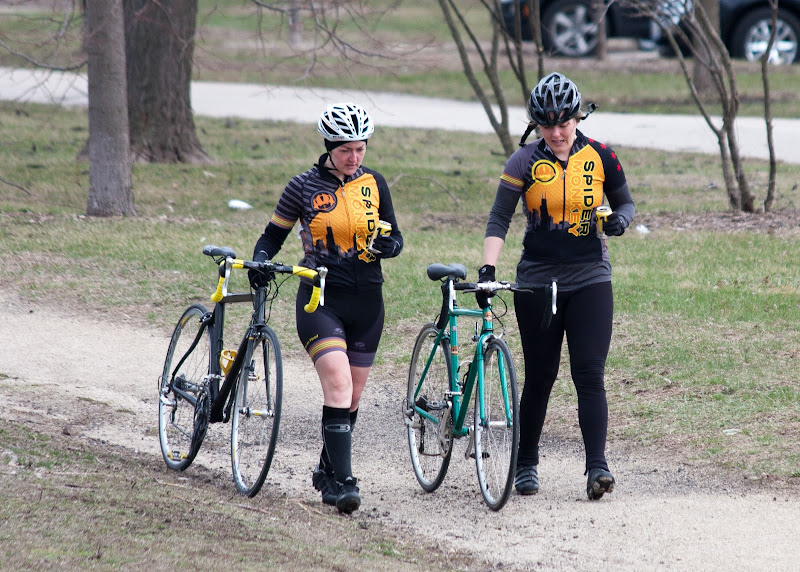 Spidermonkey of the Week – Katie Kolon