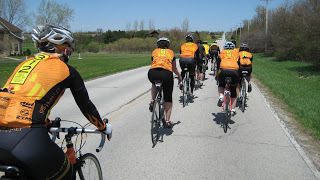 Almost 30 of us showed up for the Saturday morning ride which we hope will win the record for windiest ride of the year and most flats of the year (3). Congrats to Petter who made it out for his first ride of the season…many more to come! 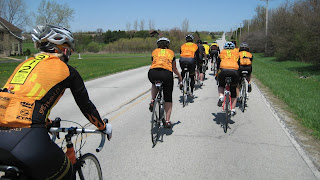 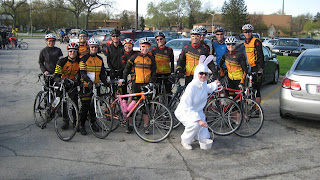 The wind really wiped us all out, but a surprising number of us (13) got up the next morning to do it again, but even better at the Folks on Spokes Easter Ride! We were in rough shape – Kristi forgot socks, Stewart brought two left-handed gloves, Mike, well, it might be easier to say what he remembered, etc. Once we all had something to wear, we battled the wind again. Wait, no, most of us just sat on Monica and Kim’s wheels all day. Wind lovers! Back to Mike, our superstar of the day. Mike decided to tough out the entire 65 miles in an old school uniform of basketball shorts and a cotton t-shirt. We hope he recovers by Wednesday night!

Tuesday morning was our first official girl’s ride of the season! It was chilly (aka freezing cold), but 7 of us made it out and had a fantastic ride. We can’t wait til next week…and some warmth!

Spidermonkey of the week: Geoff Scott 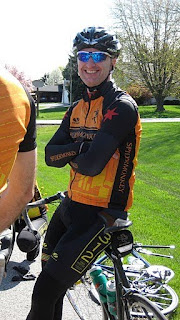 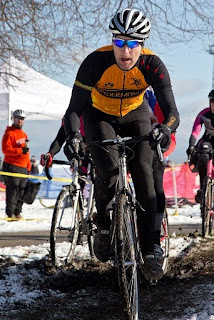 I have always been involved with athletics. Growing up I rode horses and competed in hunter/jumper competitions as well as fox hunting. Later, I played hockey and soccer through high school. I enjoyed the occasional 5/10k race but never got too serious. After injuing my knee playing football in college, I thought that my running career was over. When I came to Chicago to attend nursing school, I got bored and tried running again and found that I could do it. I progressed from there to trying the Chicago Triathlon sprint distance in 1999. I didn’t own a bike and borrowed a hybrid for the ride on Lakeshore Drive. I was hooked. I competed in triathlon for 13 years completing over 70 races including 3 Ironman. The bike was by far my favorite event and I posted some pretty fast times. If I could only run fast… After IM Florida in 2008 I had my knee repaired (20 years after the injury) and my tri adventures were slowed significantly. I think that I was burned out. I began working at Get a Grip and further developed my love of cycling. I met Ken when he started at GAG and he introduced me to Spidermonkey. They taught me the finer points of group riding and bike handling in a very relaxed and accepting atmosphere. I joined up and began road racing a bit more seriously. I have had a great time riding with Spidermonkey and look forward to many rides and races coming up. Thanks everyone!