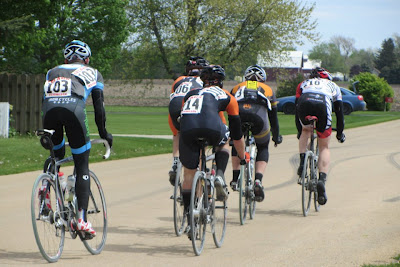 May 1, 2012 / admin / 0 Comments
by Dave Cushman
Leland Kermesse
Flatlandia Cycling
April 21, 2012
Category 4 – 100km
Finish: 2nd
If you haven’t ever heard of this race (titled a “kermesse,” the Flemish word for a bicycle race), it has two distinguishing features: gravel and wind. The gravel makes people chicken out and not sign up, and the wind makes those who do show up regret it. For the 2012 edition, however, we lucked out on both accounts.
This is my fourth year racing at Leland, and I’ve seen varying conditions. While the course still delivered 9km of gravel road per 25km circuit, it was dry this year. Gravel is never easy, but when it’s wet it gums up your drivetrain, obstructs your vision, and generally makes you a little more nervous.
Additionally, like everywhere in Illinois outside Chicagoland, Leland is flat farmland. And in the spring, before the crops start a-growin’, nothing slows the wind down. At this race as the day progresses and the winds really start to strengthen, you simply cannot ride alone. This means getting dropped from the front group is not an option. This year the winds were light (<20mph), but the importance of staying up front always remains.
These two factors (gravel and wind) come to a head three times per lap at the start of every gravel section. A big, wide peloton has to funnel in to a narrower, slipperier path. Due both to crashes and long, strung-out single-file lines, being up front is paramount to not getting left behind to fight the wind with a lesser group at these sections. With four laps this means there are 12 points of urgency throughout the race – in addition to the usual race jockeying, wheel-touching, breath-catching, gel-eating moments you already have to deal with.
My 2012 notes, via my patented Bullet Point Race Report System™: 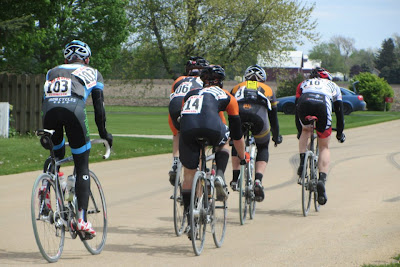 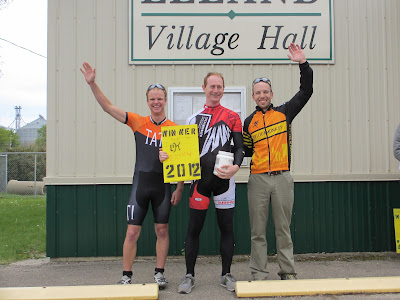