We opened Roscoe Village Bikes in March 2007 and were really happy when some roadies started meeting for group rides in front of the shop and bringing their bikes in for service.  We were even more thrilled when that Fall, those riders told us they would be forming a club and asked us if we would sponsor it.  They said the club would be called Spidermonkey.  Interesting name for a cycling club, but it’s not your typical club.
What we like about sponsoring the Spidermonkeys is that the riders in the club are fast, serious cyclists and also truly good, sweet people.  The Spidermonkeys are competitive but not cut-throat.  They’re good sports.  Spidermonkeys are good coaches and cheerleaders in supporting new riders.  Spidermonkeys are charitable.  We loved sponsoring the MS ride and knowing there would be so many Spidermonkeys out there.  It was especially fun for us to host the packet pick-up for the ride.  Being nice, charitable, and enthusiastic about cycling are values that are important to us here at Roscoe Village Bikes so of all the clubs to sponsor, we feel Spidermonkey is a great fit for our shop.
The first official meeting of the club took place here in October 2007.  Attendees included Dean, Vanessa, Matt Smith, Bryan Merrill, Nate Iden, Josh Green, Trent Williams, Jonathan Fairman, Ken Mitchell and more. It was around Halloween and there was a Spidermonkey pumpkin.  Now this may or may not be true, but let’s add to Spidermonkey lore that that the origins of the orange in the kit comes from that Halloween themed club meeting.

Over the years we’ve hosted several BBQ’s and pizza parties.  It’s been a lot of fun getting to know everyone and hanging out. Who can forget Ken Mitchell’s silent keg stands on a Sunday, summer evening.  As the club got larger, we’ve hosted less, but we always enjoy visits from Spidermonkeys, the Wednesday night ride leaving from our shop, having the sizing kits here and meeting new Spidermonkeys.

Please stop in and say hi (but not next week since we’ll be closed Christmas through New Years).  Keep in mind official club members receive 10% off new bikes and 15% off parts and accessories.  Please introduce yourself as a Spidermonkey or show some spider bling since some of our staff may not have met you before.  We carry a wide range of bikes for kids, commuters, recreational riders and competitive cyclists.  We also have components like wheels, tires, tubes, shifters and pretty much and anything else a bike needs to roll.  We like fixing bikes and service turn-around times are shortest this time of year so if yours needs a little TLC, bring it by.
We’re happy to sponsor the club season after season.  It’s been a lot of fun and having a crowd of lyrca clad cyclists in front of the shop is good for the neighborhood.  As Dean said in his first Spidermonkey e-mail, “Keep the rubber side down.”
Lesley & Alex Tweedie and the Roscoe Village Bikes crew
Fall/Winter Hours: Monday, Tuesday, Thursday 11-8 & Saturday, Sunday 11-6
2016 W. Roscoe St.
Chicago, IL 60618
773-477-7550
www.roscoevillagebikes.com
www.facebook.com/roscoevillagebikes 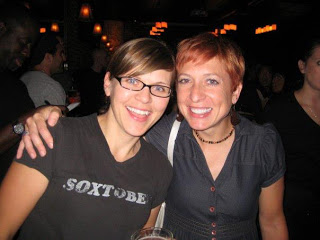 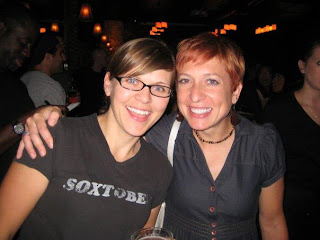 What’s up Monkies?! Last week I wrote an article for a contest that explains how I got involved with Spidermonkey Cycling (Pretty. Fast.), so rather than rehash that I thought I would use this space to talk about what I’ve learned from a year of being a Spidermonkey.

I spend a lot of time in front of a computer. One of the websites I frequent between designing or programming is Tenspeed Hero. It’s based in Chicago, and I enjoy the smart, sometimes off-kilter humor. But at first, the name of the online journal really bothered me. Are you calling yourself a hero? How pompous! It just recently occurred to me what the Tenspeed Heroes were doing. In fact, it occurred to me yesterday at Indian Lakes, during the 4B cyclocross race, when I yelled out to Batgirl, “You’re my hero!” as she passed me right before a grueling incline. (Batgirl is Catherine Watkins who rides with Higher Gear. She wears a batman costume when racing in the 4Bs.) Batgirl is not the first person I’ve called my hero this year. I’ve said it a lot since becoming a Spidermonkey. I even felt a tinge of guilt when I called one person my hero in earshot of another proclaimed hero. Can you have more than one hero? 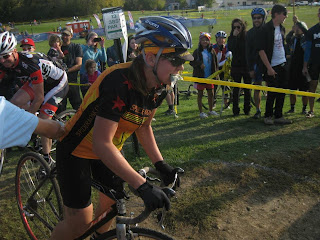 At first I used the word slightly in jest, to indicate that I was proud of someone’s awesomeness. “Hero” is a strong word. Labeling someone with such a descriptor for something as benign as riding a bike is like talking about if you want kids on a first date – too much, too soon. But in a way, I mean it very seriously. There are heroes that do incredible things in different places and different times that I know are amazing, but they aren’t within my realm of personal experience. It inevitably affects your pathos more to see people you know, in a similar experience as you, achieving personal growth, undergoing pain, or doing something that someone outside that experience might view as small. Because you compare it to your own experience and understand the effort it took, you understand the acts of these familiar people to be extraordinary. 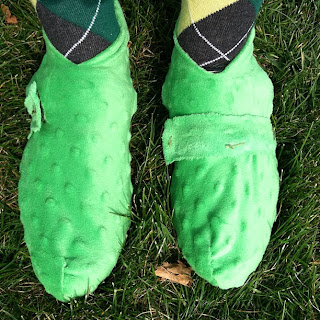 The word “suffering” is often synonymously used with cycling. That word also is and isn’t too strong of a descriptor. We aren’t suffering in that we aren’t starving, in the same way that we aren’t heroes wearing capes (well, some of us…). Cycling is an arduous love affair, though. We aren’t changing the world, but we are changing ourselves – learning from the struggles presented by cycling. On a grand scale, we see this exhibited by people like Johnny Hoogerland. On a personal level, we see this in our teammates – riding faster, gaining more watts, changing a flat tire faster, and pushing themselves in new ways. If there was no suffering or sacrifice, there would be no heroes and we could not become greater.

To answer my question, you can have more than one hero. I have many. To name a few:

I could go on, but this has already become saccharine. A year ago, I didn’t know any of you. Over the past twelve months, I’ve been impressed by this group as a whole, and if I’ve gotten to know you at all, chances are that you’ve weaseled your way onto my hero list somehow, maybe even more than once. 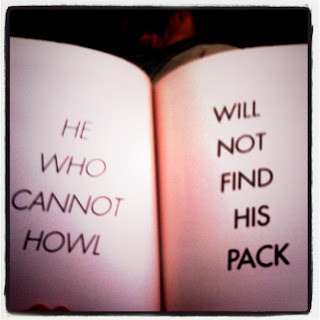 I don’t think the Tenspeed Heroes are being egotistical in their namesake at all. It’s a nod to their friends and fellow cyclists with humility and reverence. Thank you, fellow Spidermonkeys, for inspiring me and letting me learn through your efforts. (Even though I am still unsure how you’re meant to pluralize Spidermonkey when referring to the team and not the animal).