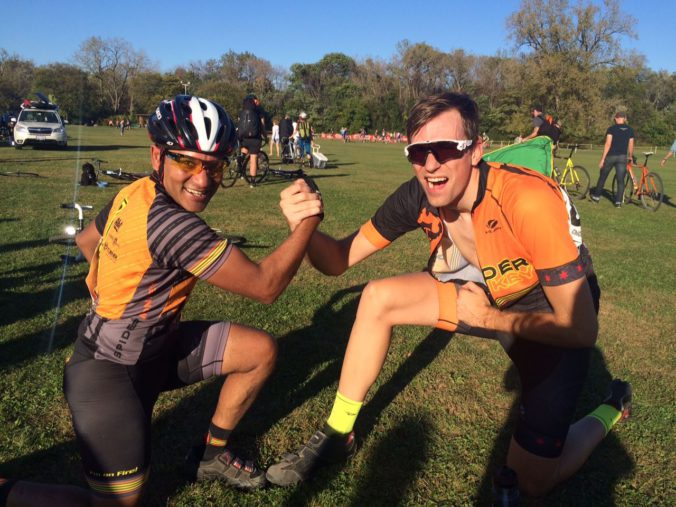 If at first you get dropped, try, try again. 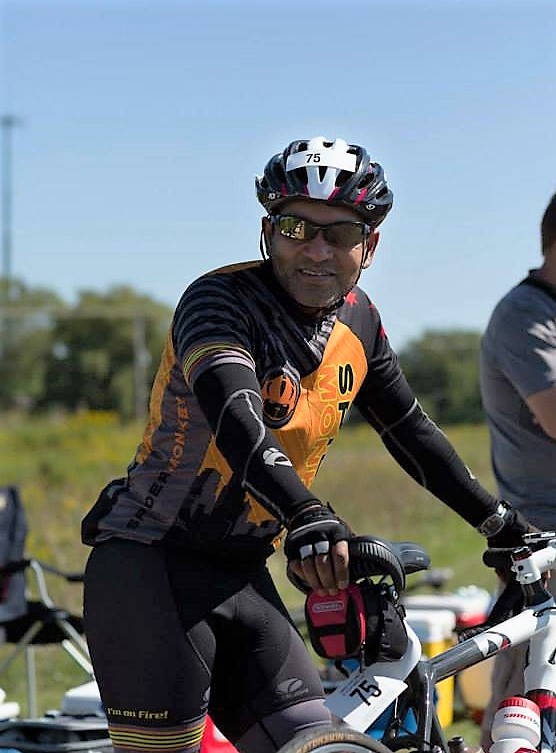 I was born in Pune in the western Indian state of Maharashtra (not far from the state capital known back then as Bombay). My folks were cancer researchers and we ended up moving to (of all places) Bar Harbor, Maine. Yes from India to Maine …talk about culture shock! Luckily my brother and I were toddlers so it was easy to adapt. Some of my earliest memories were watching Boston Bruins hockey, the Lawrence Welk show and Capital Wrestling (now WWE). Trust me there wasn’t much else to do during the Maine winters in the early 1970’s.

When I was 7 we moved to Virginia. I remember getting my first Banana Seat Schwinn and riding it to the mall every day to play video games with my friends.

Fast forward to the mid 90’s for my first group rides. I was living in Kansas City at the time and joined a local bike group. I loved getting out of the city especially the ride out to Leavenworth and experiencing the big sky sunsets. When I first moved to Chicago in the late 90’s I did a little group riding but nothing significant. A few year later I found myself living in Hyde Park in an old fixer upper Victorian, with a wife and two kids … so riding gave way to diapers and Teletubbies.

I took up riding again about 5 years ago when I signed up for the North Shore Century with Team in Training. That was a great experience and rekindled my love for group rides. 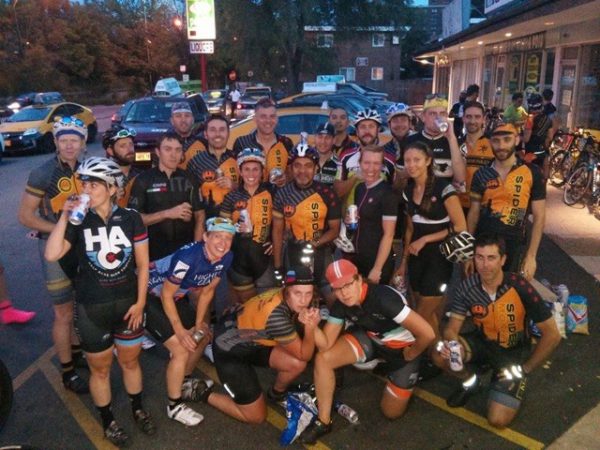 My 1st time with Spidermonkey Cycling (SMC) … while everyone remembers their first time, it often does not go as expected. Such was the case with my first SMC ride. I was looking for a local group ride and found the SMC link on the Roscoe Village Cycles website. Feeling a little cocky (and fresh off my triumphant race at Steelhead 1/2 Ironman) I came out to a Wednesday night ride. Even though it’s a team ride, Dean must have taken pity on me and let me try.

Yeah, not such a great outing.  Epic fail is probably a more fitting description, as I dropped off about 1/3 of the way along the route.  Lucky for me, one of the ladies decided to drop off as well (I think she wasn’t feeling well). She took pity on me and showed me the ropes and encouraged me to keep coming out. In hindsight I’m 99% sure that was Michelle Moore. We managed to meet up with the rest of the group for beer and Doritos. 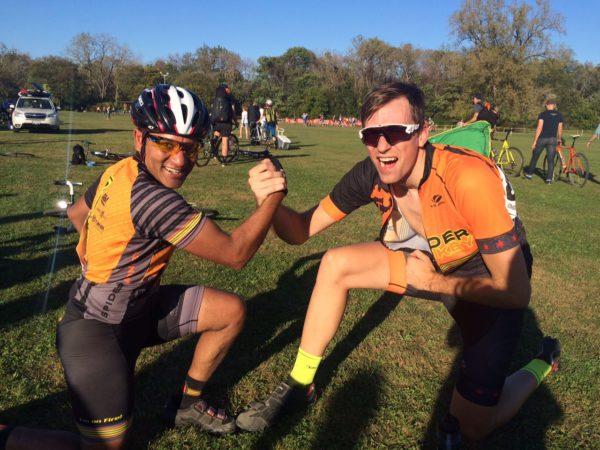 While some people would get discouraged and give up, not me … I’m way too stupid! After that first experience I was hooked. Due to working in the suburbs, I’ve only come out to a few WNRs, but now that I’m working downtown I plan to come out a lot more next year.

Some of my favorite SMC moments have been the brewery ride to Two Brothers (especially the ride through the west side), the MS Rides, and my first cyclecross race. 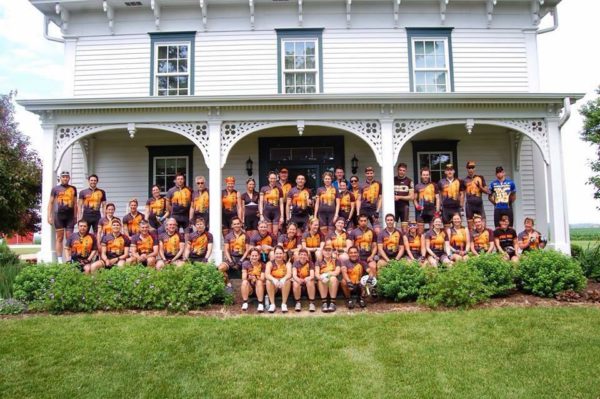 The past two years I’ve been largely MIA because I’ve been training for Ironman Wisconsin. After successfully completing the challenging course twice, I’m done with triathlons and want to get back to SMC rides. When I’m not running, riding or doing triathlons, I have two teenage daughters, Sarita and Sonali who are my pride and joy. 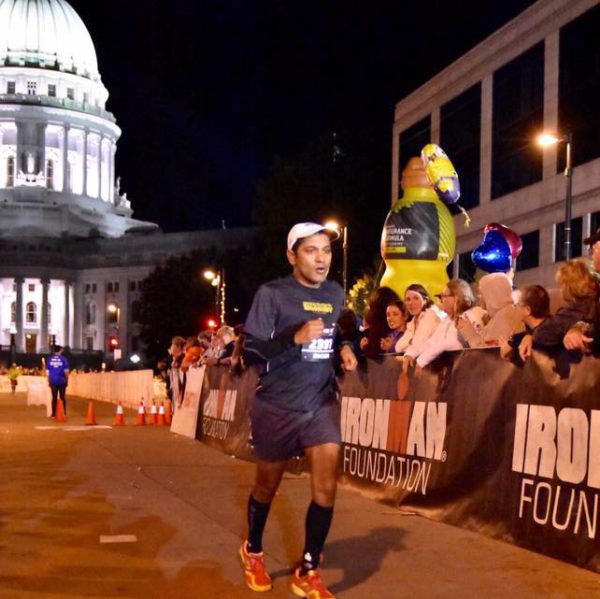