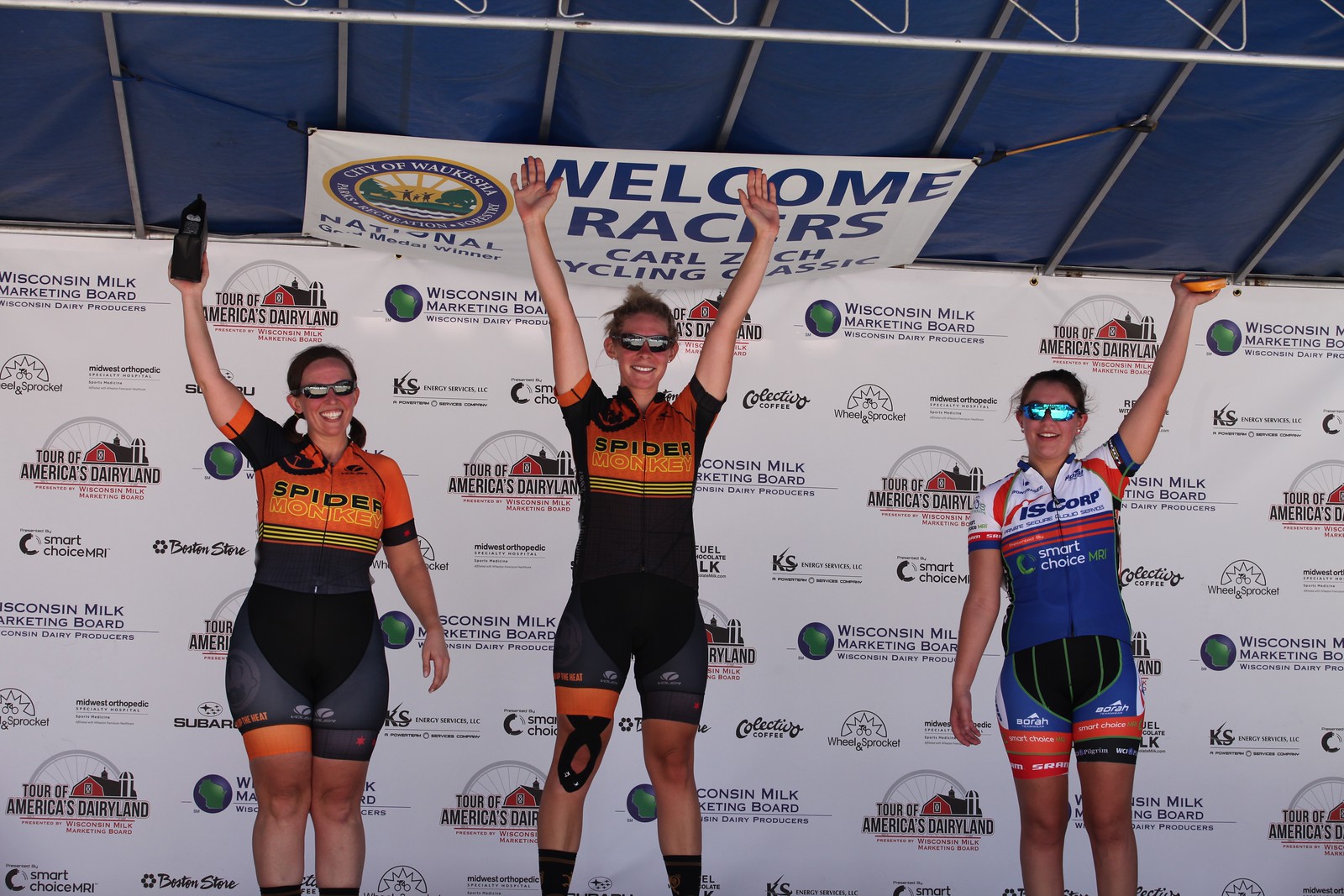 I wish I could say I was one of those people who found cycling at an early age and fell in love with it. However, aside from my favorite tricycle when I was 3 years old, I don’t hold  too many early memories of biking. 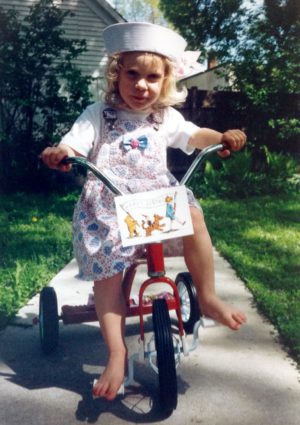 I began commuting via bicycle my senior year of high school on an old Cannondale road bike I had found while dumpster diving in Minneapolis. This bike became my sole means of transportation, and I was quick to pack it up with me when I moved to Chicago for college. 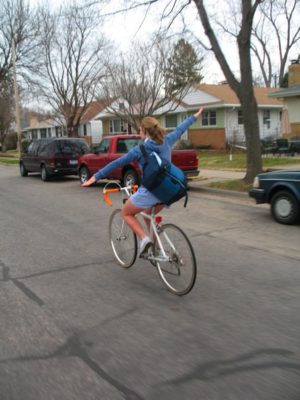 I knew a few people in the cycling community from commuting over the years, and slowly became a regular at Johnny Sprockets due to the wear and tear Chicago weather takes on a bike. However, before long, I experienced what every bike commuter fears: being hit by a car. I had been in a few minor incidents before this, but nothing to scare me off of commuting before. This time was different. I was rear ended and sent flying into an intersection, resulting in road rash, 3 broken ribs, and a no-longer-rideable bike. This was enough to scare me off of a bike (not to mention at this point I didn’t have a working bike anymore anyways).

A few months later, I decided to run the 2014 Chicago Marathon, which was rather inevitable having come from a family of marathon runners. I had been having some knee pain, and was told that cycling was a great way to relieve some of the stress on the body. This was a scary thought, but I went over to BFF bikes, and Annie Byrne introduced me to my new bicycle, Walter, a Giant Liv Avail, and it was love at first sight. I also started to take spin classes at the YMCA, and met Roxanne Bowens. She turned into my “fairy bike godmother” as I call her, and introduced me to the Spidermonkeys (and just as important, she introduced me to Fireball).

I began to enjoy cycling more and more with all the Spidermonkey spins.  Before long, I met Michelle Moore and Kelly Clarke. They convinced me to try racing. I will never forget my first race. To give an idea of what a great team the Spidermonkeys are, a whole group of girls came out to Gapers Block the first night to encourage me. I was visibly nervous and hyperventilating…this all resulted in the patented “deer in the headlights” start line photo. 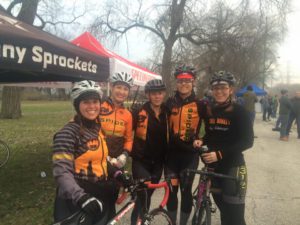 The whistle blew, and I quickly heard a girl from Half Acre say “Monica, get on my wheel and don’t let go!” So I did. I managed to stay in the entire race without getting dropped, which was more than I had anticipated. I got off my bike, turned to Michelle and Kelly, and said “THAT WAS SO FUN LET’S DO IT AGAIN!” I was hooked. 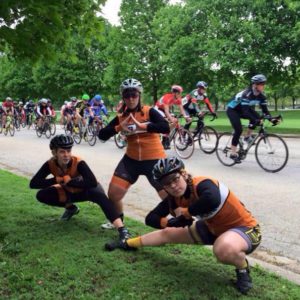 Monsters at the Midway 2015

That first season of racing, I spent every single weekend racing, and every single week preparing to race. I quickly found myself wanting to spend every waking moment on my bike racing with my teammates.

I had never been so passionate about anything before. After living in Chicago for 7 years, I can safely say that becoming a Spidermonkey and learning how to race has been the highlight of my time in Chicago. It gave me new confidence, new energy, a new breath of life. For two years now I have worn a Spidermonkey kit with pride. No matter where in the world I am, I know that there is an amazing group of people who changed my outlook on cycling, a group of people who became my second family. 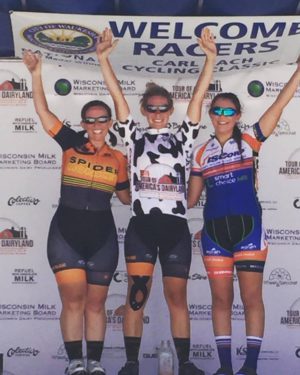 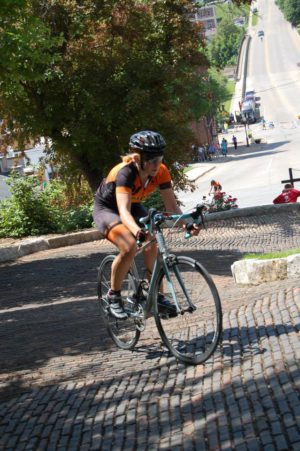