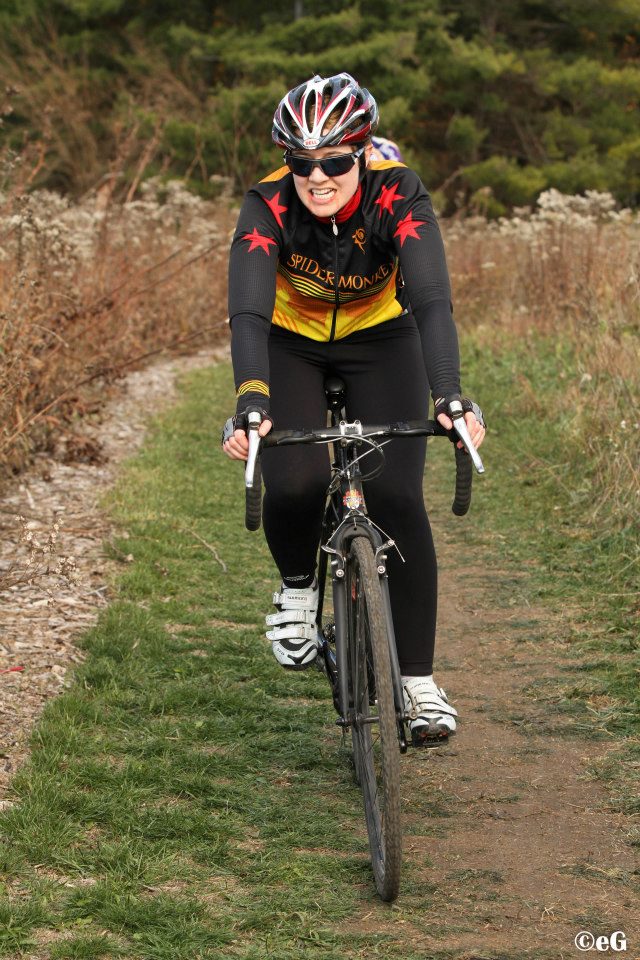 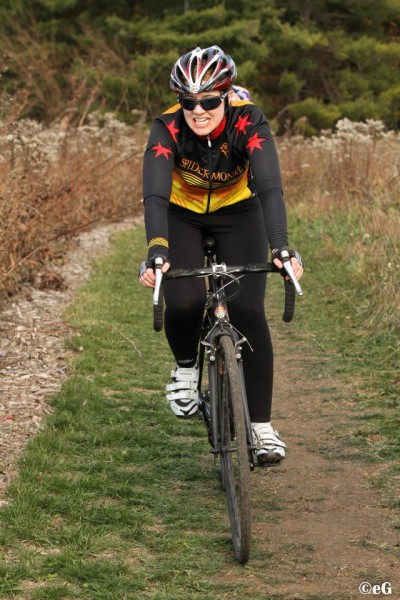 Campton Hills is the Halloween cross race. The rules for costumes are that they have to have sleeves (insert quizzical look here). Practically you should still be able to ride. There were great costumes everywhere. Peter Monko was a hazmat worker, Kelly was a piñata (including bike), Kim was a member of the cast of Double Dare, and Krisiti was a most excellent Hermione. There was also Thor (with special bonus second Minenor (SP) hammer, a whoopee cushion (complete with gas puff out the helmet), Nyan cat, Santa, and a crash test dummy (who I didn’t see fall but should have). 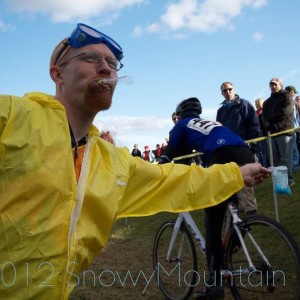 Monko as a character from Breaking Bad, handing up ‘meth’ candy.

For the first time all year it wasn’t raining (hurricaning, tundering) during the races. Beautiful weather for a cross race. The park is way out of the city, most of the way to Dekalb, in a park that’s next to a cornfield in the middle of nowhere (sorry Campton). The race shares space with baseball and soccer games. I thought the groups played well together, even if the warmup for the bikes was all around the soccer pitch. Last year, I recall getting some stink eye looks from a baseball mom or two with all the extra bike traffic. 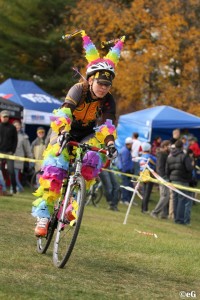 Kelly as a piñata.

The course was mainly flat with some longer power sections. The highlights of the course was a short trip through the woods on a hillock that rose up, dipped, then came down to the forest floor. That’s where a 10 year old took Kelly out last year and her entire leg was one big bruise. I hesitated too much at that part because I didn’t want that to be me. There were also two sections of off camber 180s. The first was in the back of the course and the second was the heckle section of the course. We had a bet going for the 4 races of how many racers would get through before the first one fell. Our numbers were 8, 15, 24 and the 8 won. I think that was Mark. There was also a series of railroad ties that you had to get up. The only one that caused any issues was the second one (I almost endoed at it, but I was going so slow that I just fell over. Hurray for Slow). There was one section that was downhill, then a sharp left over a bumpy four foot section then a wide left into gravel with a railroad tie in the middle. You could bunny hop over the railroad tie. And by you, I mean you and not me. I managed to not be set up correctly for it each lap). 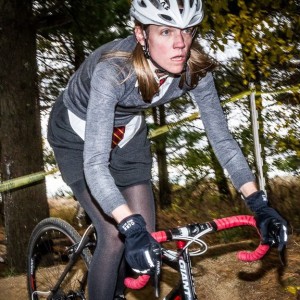 Handups were beer, Katie’s Twizzlers, candy bacon (strawberry flavor) and Kelly did reverse handups in the 4B race – that was great. There were some spectacular wipeouts over the course of the day. But they were slow crashes and won’t have left any damage. Except one guy in a green skinsuit ran the whole way with his bike on his shoulder with the tire hanging off. He did at least two laps! That’s what’s great about cyclocross.

Here’s a gallery of photos from the race: 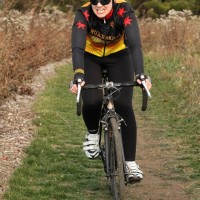 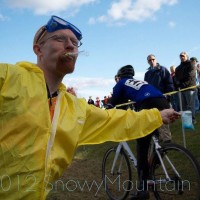 Monko as a character from Breaking Bad, handing up ‘meth’ candy. 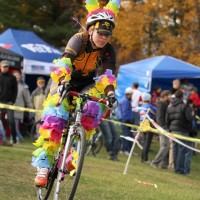 Kelly as a piñata. 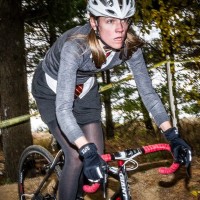 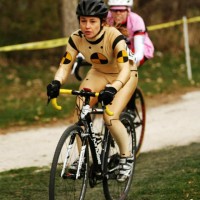 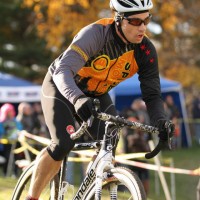 Aaron is very serious for Halloween. 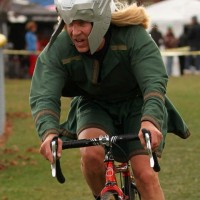 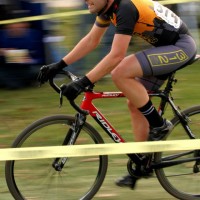 Mark pretending to be fast for Halloween. 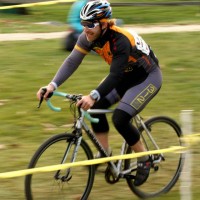 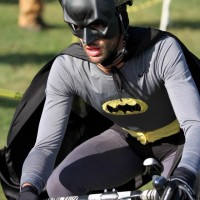 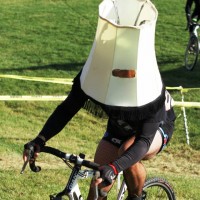 The lamp from A Christmas Story won the costume contest. 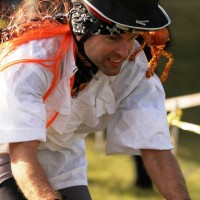 Kyle as a Spidermonkey Pirate! 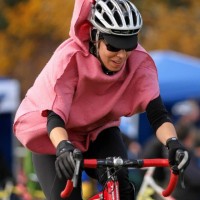 Erica Jeanne as a whoopie cushion. 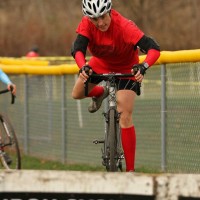 Kim as a Double Dare contestant! 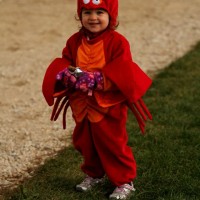 Even the spectators were dressed up! 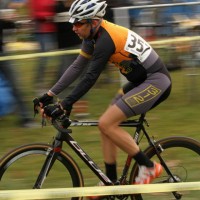 All photos not noted to be by Bill Draper or Snowy Mountain Photography (Nathan Schneeberger) have been provided by Eric Goodwin of Burnham Racing.